Kafue National Park is a unique area. The enormous size (one of the biggest National Parks in Africa), the many different habitats and the huge variety of mammals and birds make it an area waiting to be explored. It is Zambia’s biggest and oldest National Park and is easily accessed from both Lusaka and Livingstone. But the best of all is the untouched wilderness that the park has to offer as mass tourism does not exist; leaving the park pure and unexplored. This is what a real safari should be like, excellent game viewing with a rich diversity of wildlife, stunning landscapes and unspoiled by mass tourism. Although the park has a lot to offer, relatively few people visit this Zambian treasure.

The Kafue is close to Lusaka and Livingstone; by approximately 3 to 4 hours driving many camps can be comfortably reached by good roads. With airstrips throughout the park, fly-in safaris are good options as well.

The Kafue National Park is named after the Kafue River that runs through the park for over 250 km. It enters the Park in the North East and forms Lake Itezhi-Tezhi South of the Park, a beautiful dam with big herds of wildlife roaming around on its shores. Other well known rivers in the Kafue are the Lunga and Lufupa River, which both feed into the Kafue River.

The rivers and lake dominate the landscape in the Northern and Eastern part of the Kafue National Park and the majority of the safari camps are located around them. Although the Kafue has many interesting areas, only the best known areas will be described.

Meet & Greet at Kenneth Kaunda International Airport (or other location in Lusaka) with your private transfer guide. Transfer to Mukambi Safari Lodge for tea break and afternoon activities to include a sunset boat cruise or afternoon game drive. Or, simply relax at the lodge by taking take a dip in the pool or enjoy a massage. Dinner and overnight at Mukambi Safari Lodge.

Game drive from Mukambi Safari Lodge to Fig Tree Bush Camp. Brunch followed by tea break and afternoon game drive. Dinner and overnight Fig Tree Bush Camp. Morning activities on day 4 to include a game drive or guided bush walk in Kafue National Park. Or, simply relax at the camp by taking take a dip in the pool or having an afternoon rest in the hammock overlooking the lagoon.

Game drive en-route to the Busanga Plains stopping on the way for a packed breakfast. Lunch followed by tea and cakes before the afternoon game drive. Dinner and overnight at Busanga Plains Camp. Morning activities on day 6 & 7 to include a game drive or guided bush walk on the Busanga Plains. Or, simply relax at the camp by taking take a dip in the pool or reading a book on our viewing platform overlooking the Plains.

Depending on guest travel itinerary morning activities to include a game drive or guided bush walk in Kafue National Park. Alternatively spend time on the river on a fishing trip or visit our community school. Or, simply relax at the lodge by taking a dip in the pool or enjoy a massage followed by departure for Lusaka by private transfer.

From $ 4,100
per Adult
Need help with booking? Send Us A Message 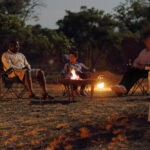 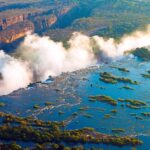 6 Best Things To Do In Zambia
Translate »